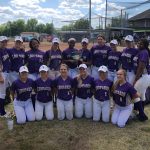 The Lady Leopards will take on Hudson tonight in a district play-off game at Tom Varn Park with the game scheduled to begin at 7:45 PM. Hernando has beaten the Cobra’s 9-1 and 6-0 this season. The Lady Leopards are excelling in many areas, one being at the plate as they are hitting .416 as 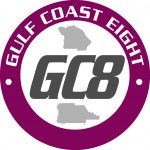 Hernando High School has joined the Gulf Coast Eight Athletic Conference.  The GC8 will consist of the five public high schools in Hernando (Central, Nature Coast, Springstead, Weeki Wachee & Hernando) and the three public schools in Citrus County (Citrus, Crystal River & Lecanto). Each sport will have conference champions except football (not all schools

Former Hernando football coach, Willard “Dub” Palmer, was elected to the 2019 FHSAA Hall of Fame.  Palmer went 232-69-9 in his coaching career, placing him in the top 20 for Florida all-time coaching wins.  Palmer and his son, John, a Hernando graduate and former Leopard head football coach as well, are the only father-son combo’s 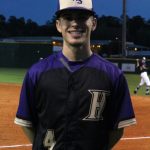 The Hernando baseball team won the Hernando County regular season championship with their 12-2 victory over Weeki Wachee High School.  The Leopards improved their record to 18-5 on the season.  Carson Lashley picked up the win on the mound in a game shortened by the mercy rule.  Javy Bonilla hit a two-run homerun in the

The Lady Leopards are the #1 seed heading into the district tournament next week.  The softball team finished the regular season with a record of 23-2. The tournament will be held at Tom Varn Park. Below is the schedule of the games: Monday, April 29th,  6 PM  #2 NCT vs. #7 Fivay Tuesday, April 30th,

The Hernando baseball defeated the Springstead Eagles 3-2 to complete the season sweep of the county rival at Hernando High School.  Marick Aske pitched 6 innings with 8 strikeouts. Carson Lashley went 3-3 at the plate and Dalton Black smacked a triple on the night. The Leopards improved their record to 17-5 and travel to 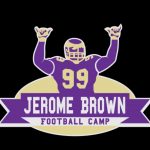 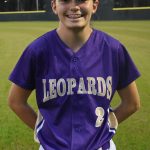 Freshmen Jadyn Wright had two hits in her first start at second base and Senior Ali Shenefield continued her dominance on the mound with 18 K’s, giving her 306 for the season, in throwing a 4-hitter in the Lady Leopards 4-0 win over host 6th ranked (6A) River Ridge.  Shenefield also collected two hits and 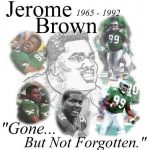 Tampa Bay Times writer, Rodney Page wrote a story on the Jerome Brown Project. Here is the link: https://www.tampabay.com/sports/high-schools/2019/04/23/turf-field-the-target-of-hernando-high/ The Jerome Brown Project is a goal of raising $1.4 million to install a turf field that will be named after the former Hernando, Miami and Philadelphia Eagle great.  Money raised from this project will also